CBS has yet one more thrilling Thursday as Young Sheldon nabbed its newest primetime win.

Once once more sitting comfortably on the prime of Thursday primetime, the CBS prequel collection earned a 0.7 ranking within the 18-49 demo and seven.41 million viewers, per quick associates. Young Sheldon‘s latest was up from last week’s return in viewers and stayed regular in demo ranking.  Just like final week, Young Sheldon bested The Blacklist, Women of the Movement, Joe Millionaire and Walker.

Joe Millionaire (0.3, 1.60M) and Call Me Kat (0. 3, 1.52M) have been each Fox’s highest-rated applications. However, the 2 titles and newcomer Pivoting have been all down from their premieres.

Both of ABC’s titles, Women of The Movement and Let The World See, earned 0.4 demo rankings. They have been each secure from their debuts final week.

For The CW, the most recent installment of Walker (0.1, 0.99M) marked the collection’ second-most watched episode of the season. 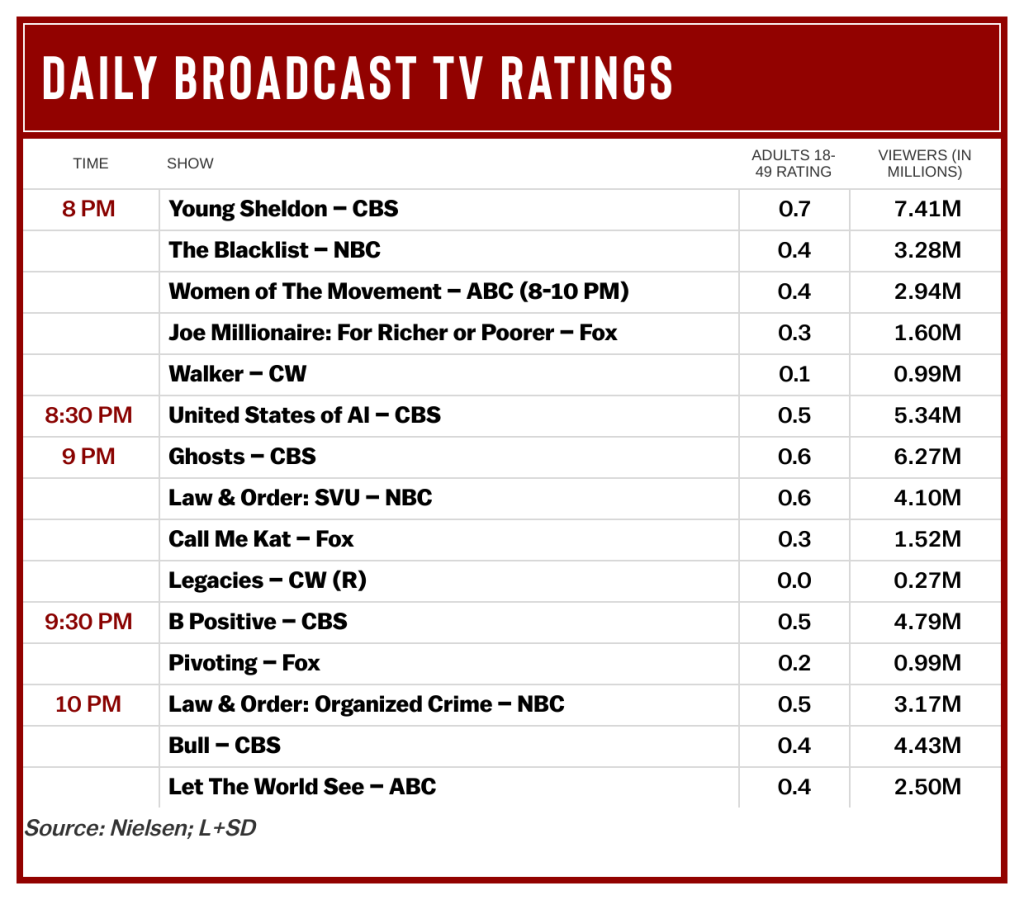