In the letter, obtained by Fox News, the Congressional Republican leaders blasted federal training officers for “radical spending” through the pandemic and accused them of mishandling faculty closures and billions of {dollars} of COVID-19 training reduction.

“We noted Congress had already appropriated nearly three times the funding the Centers for Disease Control and Prevention said was needed to operate schools successfully,” the Republicans wrote. 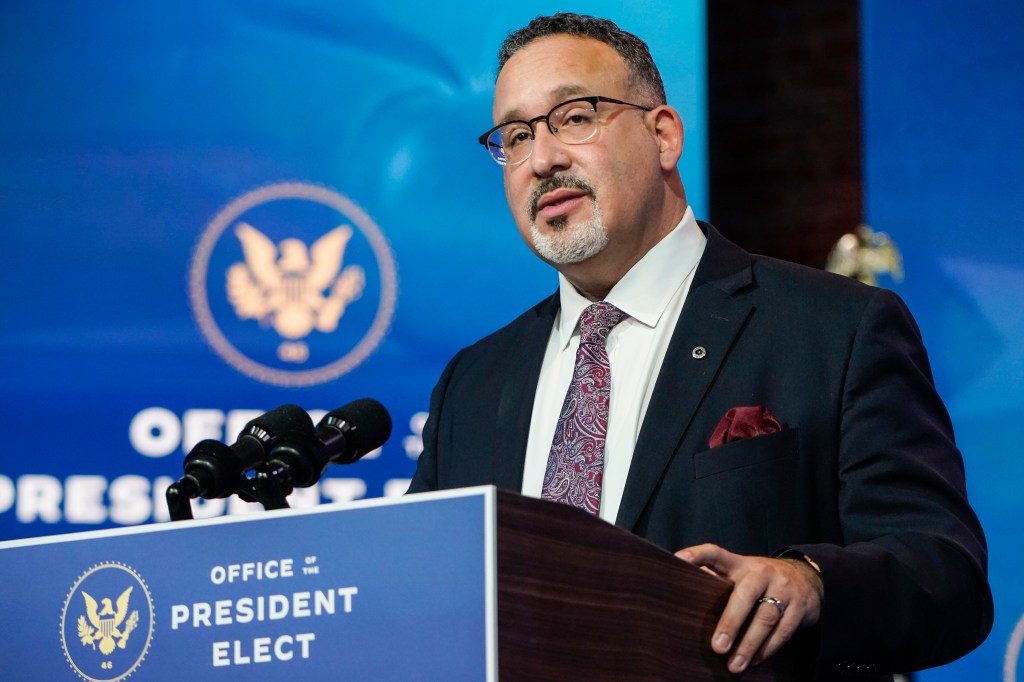 McCarthy and Foxx wrote that Democrats argued “radical spending was necessary for schools to reopen safely for in-person instruction,” however mentioned the claims had been confirmed false by knowledge that confirmed solely 4 % of the reduction funds had been used because the overwhelming majority of US faculties reopened within the fall, according to the report.

“Despite Democrats’ claims to the contrary, these funds were not needed to reopen schools,” the lawmakers reportedly wrote. “Because of this, some schools are grasping at any project they can find on which to waste these taxpayer funds, including indoctrinating students and staff with racist and divisive ideologies.”

As they accused the Education Department of misappropriating funds, McCarthy and Foxx additionally known as the Biden administration’s dealing with of educational disruptions “appalling,” as “one million public school students across the country were impacted by district-wide school closures” as 2022 started.

“Your tepid response to the return of school closures is tragically inadequate,” they wrote. “During the Committee’s consideration of the ARP last year, Republicans offered five different amendments that would have required schools to maintain in-person instruction as a condition of receiving ARP aid. Unfortunately, Democrats blocked each of those proposals.”

The lawmakers known as on the DOE to sentence “political allies blocking the schoolhouse doors,” and demanded “transparency” from federal faculty officers within the type of an inventory of conferences or calls about faculty closures during the last 14 months, copies of emails between the administration and union reps or faculty districts relating to closures, and paperwork associated to closures and restricted “access to ARP funds.”